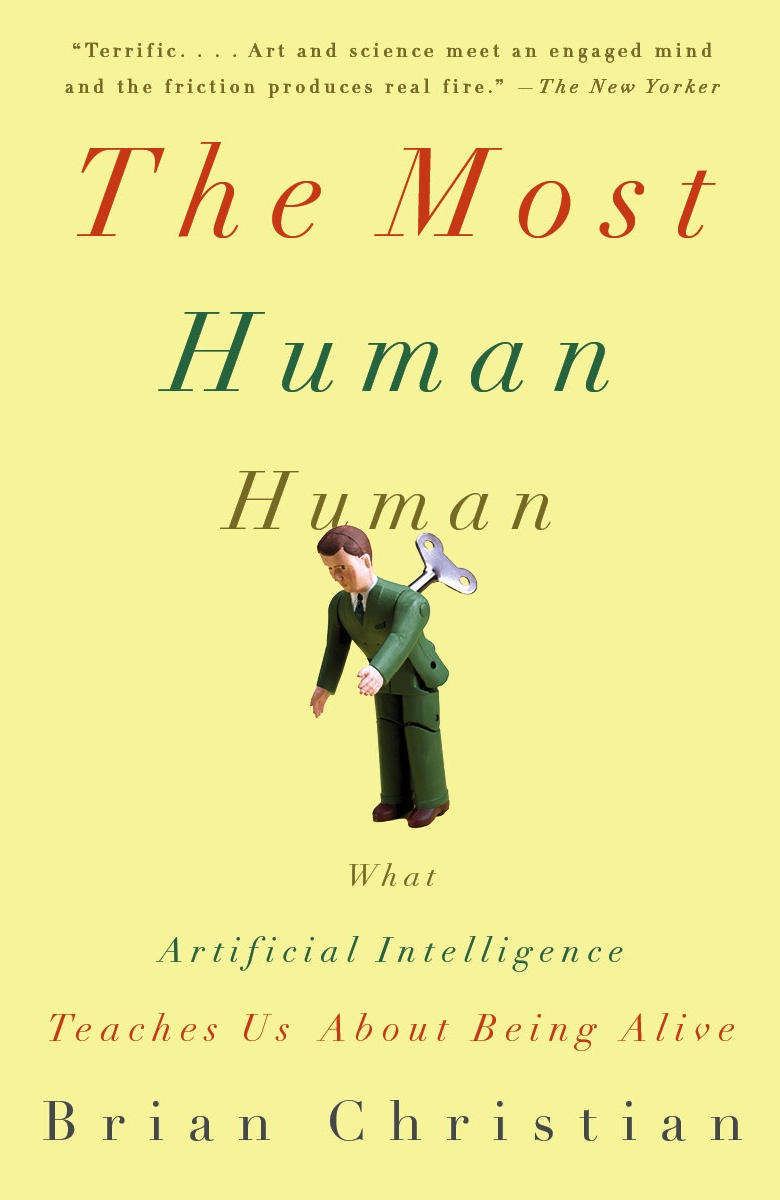 The Most Human Human is a provocative, exuberant, and profound exploration of the ways in which computers are reshaping our ideas of what it means to be human.

For the first time in history, we are interacting with computers so sophisticated that we think they’re human beings. This is a remarkable feat of human ingenuity, but what does it say about our humanity? Are we really no better at being human than the machines we’ve created?

By mimicking our conversation and behavior, computers have recently come within a single vote of passing the Turing test, the widely accepted threshold at which a machine can be said to be thinking or intelligent. In this witty, wide-ranging and inspiring investigation, Brian Christian takes the recent and breathtaking advances in artificial intelligence as the opportunity to rethink what it means to be human, and what it means to be intelligent, in the twenty-first century.

Competing head-to-head with the world’s leading AI programs at the annual Turing test competition, he uses their astonishing achievements as well as their equally fascinating failings to reveal our most human abilities: to learn, to communicate, to intuit and to understand. And in an age when computers may be steering us away from these activities, he shows us how to become the most human humans that we can be.

Drawing on science, philosophy, literature and the arts, and touching on aspects of life as diverse as language, work, school, chess, speed-dating, art, video games, psychiatry and the law, The Most Human Human shows that, far from being a threat to our humanity, computers provide a better means than ever before of understanding what it is.

Fast-paced, witty, and thoroughly winning. Fabulous
Publishers Weekly, Starred Review
Remarkable. A philosophical joyride
The London Times
Lively and thought-stirring. Invaluable
New Statesman
Incredibly engrossing
The Onion A.V. Club
Cogent and quick, heartfelt and thoughtful
Science News
Eye-opening
David Eagleman, author of Sum and Incognito: The Secret Lives of the Brain
Immensely ambitious and bold—a delightful book
Alan Lightman, author of Einstein’s Dreams and Ghost
Strange and fertile
Matthew B. Crawford, author of Shop Class as Soulcraft
This is such an important book
David Shenk, author of The Forgetting and The Genius in All of Us
Read the Book
Amazon · IndieBound · iBooks · Barnes & Noble